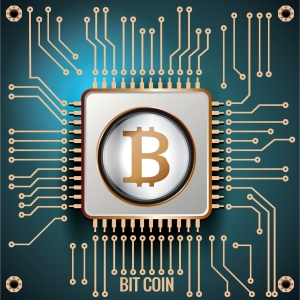 AWS Mining is a cryptocurrency company that specializes in helping people sign contracts that do not require significant amounts of money.

Overall, AWS  or Amazon Web Services is a cloud-based,  subsidiary of Amazon that provides a platform for companies, individuals, and governments. Clients pay for services on a metered pay-as-you-go basis. It is convenient and straightforward.

This type of platform provides a space for a cryptocurrency mining company, called AWS Mining company.

It is nothing complicated, just another company that provides services for individuals who want to get or trade various cryptocurrencies.

AWS Mining company claims that headquarters are in Sidney, but there is no traffic coming from Australia. Contrary, the company uses a Brazilian company registration code.

Unfortunately, this company does not have a good reputation thanks to false promises to earn 200% of profits and behavior of owners who some of them are linked to scams. One of them is Daniel Beluschi.

He has a profile on LinkedIn, where he counts as the Director of Operations at MyCoinDeal. This particular company was used to receive funds from people who invested in AWS Mining.

Daniel Beluschi connected to scams associated with BBOM and INTERBBOM.

All these people are from different parts of the world. Australia, Rusia, China, Asia have their representatives according to the company’s website.

Strangely, the names mentioned above do not match job descriptions on LinkedIn, except Daniel Beluschi.

How does it work?

It is similar to other models of mining companies that trade cryptocurrencies.

All contracts have a different mining power, so-called in short CMP.

What does it mean?

Depending on how much do you want to have of CMP, you need to spend on it your money.

Besides, each investment requires a 20% monthly fee. The company takes it from the return investments.

Is an AWS Mining an MLM?

Yes, it is. Why? It is the requirement that everybody who wants to open an account needs to be sponsored by an existing member. This member has a name: Sponsor.

It is nothing new in this world. It does not matter that kind of company is and what does it sell; most of them use multi marketing model, so-called MLM.

For me, it resonates with a Ponzi scheme where investors recruit others without selling any goodies.

Does AWS Mining company have ranks?

Absolutely because of all MLM companies operating models. There is a difference in names but not in the essence of the working scheme.

Yes, numbers are staggering, but how do they are real?

The company has a statement of what it is not responsible for any losses of investment and does not assure success. Everything that it does mean responsibility lies on the shoulders of members and everybody who invests in this company.

AWS Mining company works as the MLM. This model does not provide a good investment for beginners. Besides, it is tricky to navigate murky waters of cryptocurrency trade to these who are newbies.

AWS Mining company is not responsible is somebody will lose money.

Additionally, one of the company’s founders, Daniel Beluschi, has an association with scams.

Besides,  over 2000 people signed a petition for the start of the investigation of the company AWS Mining Pty. The claim is that this particular company responsible for worldwide fraud.

Is it a safe environment to invest money? No, because of a lack of transparency and operating models such as MLM, which does not bring substantial money to investors except to these who are on the top of rank.